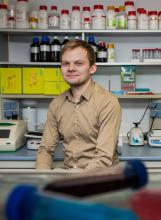 The main goal of my research is the understanding of molecular mechanism of human diseases by using genomic approaches. In my research I had the opportunity to study transcriptional regulation of nuclear receptors coordinating multiple metabolic pathways in physiological condition and pathology by using multiple molecular biology techniques and murine models.

Techniques and tools used in our studies: